The biggest digital exchange hub in the making

Jakarta, June 8 2018 - PT NFC Indonesia Tbk (“NFC” or “the Company”), a subsidiary of leading digital distribution company PT M Cash Integrasi Tbk (IDX: MCAS), today held a Public Expose, disclosing its plan to list its shares on the Indonesia Stock Exchange (IDX) in July 2018. The Company will offer up to 166,667,500 new shares, equivalent to 25.0% of its paid-up capital, at an Initial Public Offering (IPO) price ranging between Rp 1,500 and Rp 2,000 per share. PT Kresna Sekuritas, PT Trimegah Sekuritas Indonesia Tbk, and PT Sinarmas Sekuritas are to act as the underwriters.

NFC places the IPO as Company’s innate strategy to accelerate its business pace to be the biggest digital exchange hub in Indonesia, aiming to play a central role in the daily lives of a tech-savvy Indonesian society. With the funds raised through the IPO, the Company plans to use 60% for working capital, 30% for various digital investments including IT development, and the remaining 10% directed to investment in human capital.

As a Digital Exchange Hub, NFC exploits the Application Programming Interface (API) revolution, enabling the Company to interconnect and interoperate big data from a variety of business lines. This business model will allow the Company to provide a curated experience for all its consumers. Currently, NFC operates two lines of business: a digital exchange and media & entertainment. The Company instigates NFCXC, a real-time phone credit marketplace for its digital exchange business, while its media and entertainment business of the Company, through its subsidiary PT Oona Media Indonesia, introduces OONA TV, a free TV and video entertainment application. In the future, NFC plans to expand into other digital exchanges.

Abraham Theofilus, President Director of NFC, points out that ‘As Indonesia ranks 4th in the world for its number of startups (1,705 companies), NFC urgently needs to differentiate itself from others. The use of a revolutionary API specially designed for NFC is part of our strategy to be different in the industry.  With NFCXC and OONA TV, we are reinforcing our profile in the Indonesia digital industry.’

‘Through NFCXC, we present a real-time solution for phone credit distribution challenges in the traditional marketplace. Existing distribution frequently suffers from an imbalance of phone credit supply and demand, due to weekly and cluster-based distribution mechanisms; with NFCXC phone credit liquidity in the market is ensured. In addition, as it is a real-time platform, NFCXC also provides access to symmetric price information to all agents and dealers in the marketplace. As our first channel to take a stand in the industry, NFCXC will work as a pioneer in digital marketplace that provides a solution to correct the traditional phone credit market inefficiencies in Indonesia.’

‘Furthermore, through OONA TV, we present a cutting-edge Over-the-Top (OTT) application that offers exciting additional applications and interactive TV featuring free specific content tailored to each user. We are certain that OONA TV will give an exciting experience toward the 74.6% of Indonesia’s low-middle class population who access the internet, and the 43.0% of Indonesia population that use their mobile phone for video streaming—data issued by Wearesocial, Hootsuite and Indonesian Internet Service Providers Association (APJII). Empowered by highly advanced technology such as Artificial Intelligence (AI) Chatbot, advertising programmatic engine and mobile engagement advertising rewards, OONA TV helps us set apart ourselves with the rest of the player in media and entertainment industry.’

Suryandy Jahja, Chairman of NFC, cited that ‘Using the state-of-the art digital technology in NFC, we believe NFC will give unparalleled access to consumers in their digital life experiences. As the most innovative digital exchange platform to go public, we believe this is just a start, with many more innovations in the pipeline that NFC will bring such as Digital Advertisements Exchange, Communication Platform Exchange and other Digital Exchanges to the market, NFC is on its way to create one of the biggest digital exchange hubs in Indonesia.’ 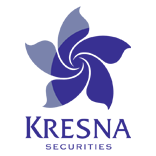 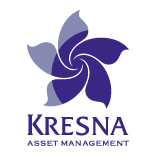